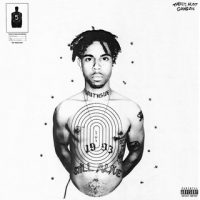 On “There’s Alot Going On,” Chicago rapper/singer Vic Mensa is not one for consistency, topically at least. You have braggadocio, deeply personal autobiography, odes to danger, explicit sex, drunk dialing, the Flint water crisis/misleading media coverage, and police brutality, all in a brief 7 song EP. So essentially you have two polar opposites here: vapidness and consciousness. But while this does lead to a schizophrenic project that sees Vic still trying to find out who he wants to be and what he wants to say, on the whole “There’s Alot Going On” is a good listen.

And most of these very different topics, he does handle well. The opener is full of confidence and bite, and his confident attitude is put into perspective by the closer, which details just how far he’s come, from addiction, depression, and poverty, to working with Kanye West and living out his dreams. It’s refreshing to hear one rapper talk about another current one with such reverence, as Vic does for Kanye, when Vic displays how overjoyed and excited he was to record with the guy. It’s just a really down to earth, voyeuristic moment.

But the two tracks that will be discussed the most are two “socially aware” ones, “16 Shots” and “Shades of Blue,” the former discussing police brutality and the latter the Flint water crisis. But Vic goes a little deeper than just saying these things are bad. On “16 Shots” he points out the problems in our criminal justice system (“Cops killin’ kids and stayin’ out of jail/But Bobby Shmruda can’t even catch bail”), implying in the song that since cops aren’t getting the right punishment for their actions, people should take justice into their own hands. “Shades of Blue” goes even deeper, as Vic points out the problems in our media through the lens of Flint crisis, saying serious issues like this aren’t coverage but dumb shit like the Damn Daniel meme are. He explained this better than I can in a Rap Genius annotation:

“I first learned about Damn Daniel when I was out there in Flint. I was some good weeks late and my manager Cody kept saying it and I didn’t know what he was talking about.

When I got out to Flint, and I’m realizing how little the crisis is really being publicized, and then I’m finding out about Damn Daniel. I looked it up and these kids are on “Ellen” and they just got sent a lifetime supply of Vans.

I’m like, “This whole media structure is fucked over”. I’m like “This is what’s important enough to be on ‘Ellen?’” Ellen ain’t talkin’ about Flint, Michigan. What’s Ellen doing for us, right now?”

Now, all of this could end up sounding preachy, but at the end Vic makes sure to bring himself down to earth with an amazing closing line:

“Now here I am talking bout a revolution

And I can’t even spare a dollar for the movement

I guess we all got room for improvement.”

You can say what you want about Vic’s music or his lack of solidified identity, but that is very nuanced social commentary that very few of his contemporaries are even approaching.

Elsewhere though, things take a lyrical nosedive. “Danger,” “New Bae,” and “Liquor Locker” are lyrically empty tracks. And that wouldn’t be a problem if:

On “Danger” and “New Bae” Vic finds putting on a way more strained and nasal vocal inflection that just grated on me, and the melodies are tacky and the beats aren’t anything special either. On “Liquor Locker” though, he sings much smoother and it comes out beautifully. There are some gorgeous harmonies on the hook to this song, and despite how poppy and shallow this song is compared the following “Shades of Blue,” it’s the song I keep going back to because it’s so fucking catchy.

“There’s Alot Going On” is a bit hard to make heads or tails of because it sees Vic Mensa at odds with two very different sides of himself. I suggest he goes with the socially aware side because it will lead to tons of respect and really single him out in the mainstream, but hey, “New Bae” has gotten 3,314,532 streams on Spotify, easily beating out the other songs on here, so that could be where the money is. But Vic does something very well here, and that’s shed light on himself and society in a refreshing way, and he shouldn’t give that up.