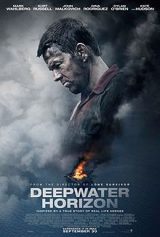 -A politically charged thriller that stands with the most exciting of 2016.

You may have heard of the 2010 BP Oil Spill, but may not know some of the factors that led to arguably the biggest ecological disaster in United States history. In continuing his trilogy of tense biopic adaptations, director Peter Berg is now two for two, following up his impressive Lone Survivor with one of the best films of this calendar year. This has certainly made me immensely excited for his look at the Boston Marathon bombings with Patriot Day, due to come out later this December.

While creating sympathetic characters in these high stakes situations is important to keeping the audience engaged throughout the run-time, Berg has also hit a very persuasive economic point in his take on the disaster. He sides with the everyday man in this film, showcasing his trials and tribulations at the hands of his less-informed corporate masters. If anything, it’s a stinging indictment on private sector contracting.

Our eyes into this disaster are through a foreman, Mark Wahlberg’s Mike Williams, who leaves his loving wife (Kate Hudson) and daughter behind after being sent out for a three week job on Deepwater Horizon, an oil rig that is currently being leased by BP. With BP almost two months behind their expected finish date, they cut corners to be able to get the oil up and ready for sale as soon as possible. The resulting effect is still being dealt with today. Great actors like Kurt Russell and John Malkovich also make appearances with up and comers like Dylan O’Brien and Gina Rodriguez.

Something feels slightly off from the start, as we see a much-too-kind family interaction between Wahlberg and Hudson. When their daughter asks how her father’s profession works for a show-and-tell, we get all of the information needed to become immersed in this trade instantly, all through the charisma of Wahlberg. As he arrives to the rig, the impending doom begins to smother the film, little things go wrong, small inconveniences start to happen.

A normal day at work is interrupted by Malkovich and his executive cronies, inexperienced in the actual day to day operation of Deepwater Horizon, but certainly experienced in the industry. They send the cement crew home early that makes sure the pressure from the earth to the rig is secure, and then bark at Russell and Wahlberg for not moving fast enough. When that pressure accelerates and the mechanism begins to crumble, the crew gets put in immediate danger while oil spurts up from the earth and into the ocean.

When things start to go, and the massive explosions get juxtaposed with close-up camera shots of the integrated pipes bending and breaking, crew members are injured. It’s Wahlberg and his save the day attitude that helps people escape. When we see the certain number of people that died, we’re surprised because of Wahlberg’s heroism. He’s an immensely likable actor and remains one of the biggest movie stars in the industry. Him and an excellently rageful Kurt Russell nail the two central performances in this film.

As Deepwater Horizon ends, we get more of Berg’s backdrop to this film, and the aftermath of what happens when particularized workers stand up to their corporate superiors. The political and economic ramifications that go along with BP’s ignorance are huge indicators as to why this film is more than just an average disaster movie. Instead, it’s a modern tale of perseverance against all costs. There may not be heroes in capes or with rifles in their hands, but instead just men who band together to clean up the mistake of the people who stepped on them in the first place. And then, life goes on.