-A look back at the original trilogy, starring Matt Damon, before seeing Jason Bourne in theaters.

With Jason Bourne becoming the #1 movie in America this week, Blended Opinion has decided to go back and revisit the original Bourne trilogy starring Matt Damon. Although not as awful of a movie as some want to make it, Bourne Legacy does not count toward the lore of Jason Bourne, as it is operating as a direct sequel to Bourne Ultimatum, so this article will only cover the first three films starring Matt Damon. 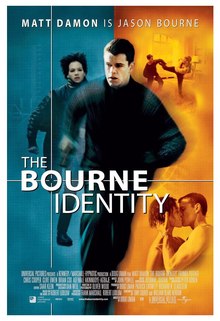 Directed by Doug Liman, who had already gotten recognition from Swingers starring Vince Vaughn, and later Edge of Tomorrow with Tom Cruise, The Bourne Identity acts mainly as the most dramatic entry in the series, introducing us to Bourne and the “Bourne formula,” a sequence of checkpoints that seems to occur during every entrance of this series. It’s both a positive quality, allowing us a comfort in understanding the type of film we’re watching, but also a downside, with some critics complaining that the films can occasionally seem “safe.”

We open up with Jason Bourne (Matt Damon) floating unconscious at sea with two bullet-holes in his back, picked up by a large fishing ship. There, he awakes after having the bullets removed and does not know his name, where he came from, but he clearly still has an instinctual knack for fighting and espionage.

He recovers a bank account number, carved into his hip, and sets off to learn who he is. Once accessing the bank, he learns that he is a nobody, several identities on several passports around the world, with large amounts of cash in different currencies. He opts his American identity, Jason Bourne, and sets off after being attacked in an airport.

He teams up with the nomadic, gypsy-like Marie (Franka Potente), and pays her 10 grand to transport him to Paris, where he thinks he may have an apartment. He soon realizes that he’s on the run from “Treadstone,” an operation from within the CIA run by Chris Cooper’s Conklin and Brian Cox’s Abbott.

The Bourne formula sets in pretty quickly, where various assassins from the organization are sent to kill Bourne, and he either avoids them through massively thrilling chase sequences, or fist fights them through some gorgeously directed scenes. One scene in particular, where Bourne takes someone down with a pen, is probably the best fight scene of the series so far.

This type of formula, where Bourne isn’t really opposing a force, but rather fighting against those chasing him in order to find answers, is the main plot structure in all three films, and in all three, those answers often seem underwhelming or coming from awhile away. Bourne’s past, and the answers that he seeks about his place in this organization, and how that organization was operating without true government provisions through corruption is really what the overplot of the series is about, but it’s not what makes it interesting.

Really, The Bourne Identity  has the most intrigue and a good central romance, and probably is the best directed one of the three.

This sequel marks the first edition with Paul Greengrass of United 93 and Captain Phillips at the helm. He would proceed to direct the next several installments, minus ‘Legacy.’ It also marks the introduction of the dreaded ‘shaky cam,’ where many tributary pictures decided to use the hand-held method to make the budget cheaper and spend less time on choreography. While it occasionally feels that way in this entry, that’s not really the case, and there’s a great video online showing how the Bournes have changed action movie-making.

This time, it’s been months since the end of ‘Identity.’ Bourne and Marie remain on the run, until Marie is killed from an assassin working for a Russian politician. Bourne escapes, but at the same time, he is pinned for a crime that takes place across the globe, relating to an unclaimed sum of money weasled out of Treadstone. While the corrupt people of the last film remain interested in attacking Bourne, new CIA leader Pamela Landy (Joan Allen) knows that there is more going on.

While this film features the biggest car chase in the series, and some of the best action, its plot is the most muddled, and the political factioning between agencies never really rises to being that interesting. I do love the eventual understanding reached by Landy and Bourne in this, where Bourne’s ability to sneak around and be a trained spy/assassin is on full display. 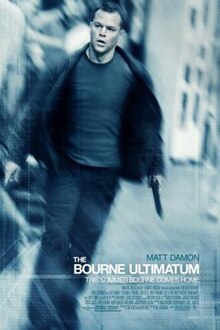 The final of the three Bourne films really does act as a culmination of all that the prior two were working up to. Here, we begin to really delve into the undertones of surveillance vs. privacy in regards to our civil liberties. The film’s best scene follows Bourne trying to save the life of a journalist (Paddy Considine) ready to leak tons of information out about Treadstone’s operatives. The issue this time is that there’s a new program coming called Blackbriar, and the new people in charge at the CIA want Bourne dead, even after Joan Allen’s Pam Landy tried to be fair in the last film.

Bourne runs into an old operative turned rogue Nicky Parsons (Julia Stiles) and uses her to help him traverse the ever changing technological world around him. He is trying to uncover why he would’ve joined to be an assassin, while also trying to shut down any active programs that would leave people in a state like his own.

While this film is even looser plotted that the previous installment, it manages to throw in the most action, clearly trying to work within the Bourne formula while still allowing the viewers to uncover more about his past. While the third act is a bit of a struggle, the first two, including a great fight sequence with another agent, and a bunch of rooftop jumping tracking scenes, The Bourne Ultimatum is the most competently made.